“Nowhere in the DOE Complex is cleanup more challenging than at the Hanford Site in southeastern Washington. Hanford made more than 20 million pieces of uranium metal fuel for nine nuclear reactors along the Columbia River.

Five huge plants in the center of the Hanford Site processed 110,000 tons of fuel from the reactors, discharging an estimated 450 billion gallons of liquids to soil disposal sites and 56 million gallons of radioactive waste to 177 large underground tanks. Plutonium production ended in the late 1980s. 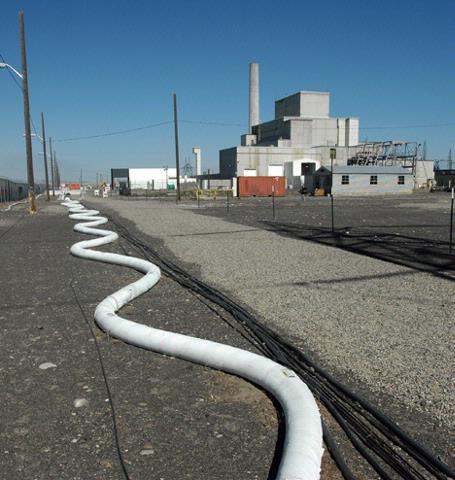 Hanford cleanup began in 1989, when a landmark agreement was reached between DOE, the U.S. Environmental Protection Agency, and Washington State. Known as the Tri-Party Agreement, the accord established milestones for bringing the Hanford site into compliance with federal and state environmental regulations.”

However, as skids were progressively added, management recognized they were outgrowing manual intervention methods and NCSs (Net Concentrator System) were installed and programmed in order to allow automatic communication among the skids. Production personnel could now oversee the process from a control room rather than walking the production floor and could redirect communication links through various skids should some skids be underutilized or offline. 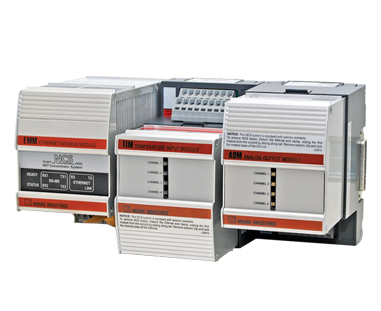 Each NCS skid performs a particular part of the overall process, very similar to a batch process that carries out a particular complex recipe. During the process, each NCS skid collects, controls and monitors each part of its own process.

Every skid also monitors, triggers and makes available process flags, or status bits, to the control room personnel and other NCS skids. These status bits are used by other skids to determine if the next skid may collect the processed product from an upstream skid and begin processing the product itself (this being another sub-process).This continues for several levels in the process with each skid performing a different step in the sub-processes of the overall process. Some skids coordinate steps in the process (as described above) while other skids are the ‘traffic cops’ negotiating which skid is ‘available’ to handoff product to the next stage. The arrangement is such that skids may be taken ‘off-line’ or added ‘on-line’ with the automatic traffic cop logic to decide where product is to be rerouted. A separate skid acts as the ‘accountant’ keeping count on system productivity and bottlenecks including which skids are currently ‘off-line’.

The NCS’ ISaGRAF programming ease and flexibility, onboard Ethernet communications and peer-to-peer channel mapping allows new and existing skids to be automated or retrofitted as required.  This enables the Hanford site to handle the increased sludge processing throughput without overburdening their process team.

To learn more about the Hanford Site cleanup, visit www.hanford.gov

Need to get price or availability or have a technical question? Send us a message using E-Help.